My parents had this fun incentive that every time one of their children graduated from high school, that graduate got to pick where we went for our summer vacation. And while the limit of my imagination was California, my little brother chose to go to Europe.

June 2014, we were in London: me, my immediate family, a couple of my brother’s friends and my then fiancee Daniel.

We were scheduled to tour the River Thames, which I was particularly excited for because we were going to float past the recreation of the Globe Theater. And, hey, Shakespeare is sorta my thing. I was even IN an award winning Shakespearean play that summer so *sniffs and tosses hair over both shoulders like a snob*.

I was in the hotel getting ready to leave. When Dan calls me from outside.

DAN: Hey… There’s something really weird going on out here.

DAN: There’s a big crowd of people… I think it might be a protest or something…

When my family and I stepped out of our hotel we were greeted by a huge crowd of butt naked people standing around with bikes. 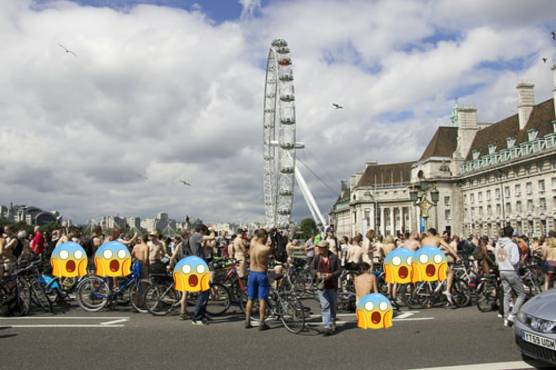 So I guess the World Naked Bicycle Ride is a thing. (Don’t click on that unless you want to see nudies. NSFW. You’ve been warned.)

Us kids had a pretty good laugh at it, as my conservative parents were trying to herd our wandering eyes down to our river boat tour. We were only one crosswalk away from the dock before we found out that the streets were completely closed off.

So here we were caught watching the craziest parade ever. Thousands of naked dangling bodies zipping by us. Some were on rental bikes, which was… not something I wanted to think about too hard. 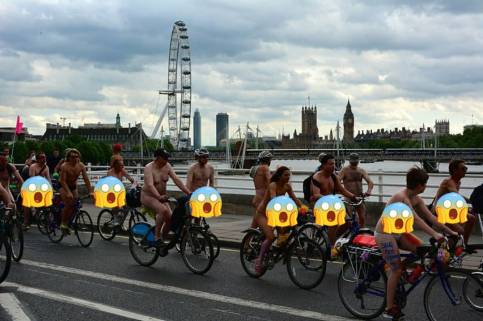 (You know. In a weird way it was a confidence booster. In our society we never really see any ‘average-looking’ naked people. If you feel like you don’t look that great naked. Hey. Neither does anyone else. And I’ve seen a small towns worth of naked people to know. Everyone’s got rolls and flab. Guys are pretty much the same size… well okay, there was one guy that was “particularly brave”.)

Anyways, my mom is SUPER pissed off that we can’t cross the street. We’re about to miss our river boat tour because we can’t get around this moving wall of butt-cracks on bicycles. She WIGS THE FREAK OUT and just FLIPPING steps out INTO the middle of the parade. 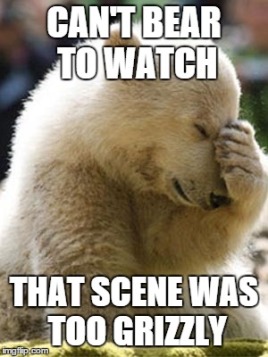 The guy has to squeeze his hand break and like skidded on his bare feet to stop from hitting my mom. Four to five people behind him are swerving and stopping and almost falling over. I thought for sure I was about to see my mother buried by an avalanche of a$$. She’s like waving us all to cross the street after she had just created the most awkward pile up in history.

That was embarrassing AF, but we made the river tour.

I feel like I can count that as one of the craziest things that has ever happened to me. I mean seeing a thousand lil’ Johnsons in one day is up there. I post crazy stories every month now, so if you haven’t subscribed yet, you may want to consider it.