In honor of our third year anniversary coming up, I thought I’d share our “cute meet”.

So… I went on a date with this guy… not my husband. We got locked inside The Training Table and spent 4 hours making a zombie apocalypse plan. You know, just your normal typical American date… wait, right? It was super fun but also super mutually platonic. In fact, this guy (his name is Scott) felt like he was on a date with his friend Dan the entire night because we were so alike. Later, he went up to said Dan and was like…

SCOTT: “You need to go out with this girl… she is exactly like you… but a girl.”

Dan had been over saturated with being set up by the time that I came along and was completely over it. Fortunately, Scott went about it in a clever way. He invited me to a party that Dan was having at his house. Sneaky, sneaky!

It was a President’s Day party, which was super unique and I didn’t have anything else going on because school was off for the day. So my good friend Alison and I decided to go together. And the weird part was that I had this conversation with Ali on the way up.

ME: “Maybe you’ll meet your future husband at this party!”

ME: “I seriously doubt it.”

I actually wasn’t even going to stay very late at the party because I had a date the next morning. (I went on SO MANY dates back then.) 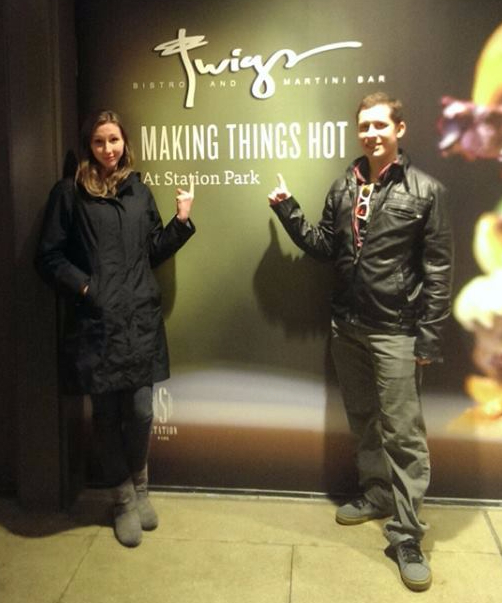 We get there. We park on this dark little street in Salt Lake and then walk up to this huge fancy house… (Which I still think is Scott’s house because he’s the one who invited me. I’m like, “Wow! I didn’t know Scott was loaded!”) Anyway, we rang the doorbell… and this suuuuuuuper cute brunette guy answers the door.

I’m immediately BLOWN AWAY. He has the most perfect brown eyes, which was like my thing that I was really into. And this amazing smile. Honestly, I could have just dropped dead on the porch because DANG! This doorman is 10/10. I even leaned over to Ali and whispered, “I REALLY hope this is the right party if that guy’s going to be here!” 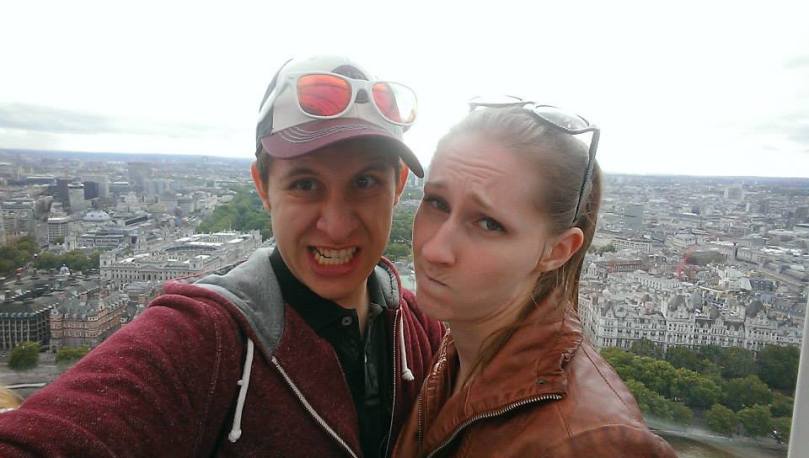 I was totally creeping on him but he was trying to host in his big ol’ house, so I didn’t get a chance to talk to him for a while. A little bit later on, I’m hanging out with Ali and company… and then all of the sudden I overhear Door-Answering-Guy saying this to someone else:

DAN: “I tried to take a girl to the Ted Bundy house for a date once… it did not go over well.”

I FREAKED out! And not because he kind of sounded like a serial killer… but because this dude is not only really attractive, he’s also adventurous, funny and loves creepy stuff like me! At this point I’m like… okay… I need to infiltrate this conversation. So I wedge myself in between him and the guy and gave him my ring size… Just kidding, it was probably something more like:

ME: “Hey, I couldn’t help overhearing. But I also love breaking into abandoned houses and such.”

Right in that moment our spooky little hearts clicked. And then we kept discovering more weird stuff that we both liked. “What?! I like watching awful movies too!” “Omg! I love pranking people.” “No, Halloween is MY favorite holiday!” “You do that? I DO THAT! I didn’t know anyone else did that!” We might as well have had horse blinders on because we totally tuned out anyone else around us. 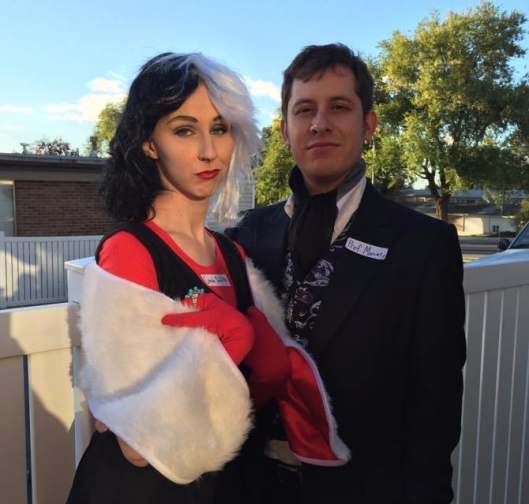 ME: “Thank you so much for being such a good friend and staying with me! I’m really digging this guy right now!”

When my mom called wondering where I had died at this ungodly hour, I sent her a less gracious message:

ME: “Mom just CHILL OUT! I think I found my eternal companion okay? Don’t make me look lame in front of him!”

When I finally was able to be dragged away and into the car outside I remember saying,

ME: “Was that my soul mate? That was so easy! I don’t know why I was so worried about meeting him!”

Scott never even had to introduce us. As soon as we met the dirty deed was done. Things continued to be just as easy from there and he proposed to me two and a half months after the party.

Life is unpredictable. You never know when you could meet the love of your life or see a dream come true. And if you still don’t feel hopeful then listen to this lovely uplifting song by Annie! Let her voice convince you that life is worth living and why.

2 thoughts on “How I Met My Husband”