Is it cheating if I was a major player in the embarrassing story, but not the embarrassee? Because this hilarious thing happened to me a couple of days ago and I thought it was worth sharing… 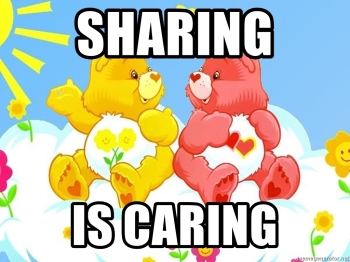 So, let me set the scene for you. It’s a random morning. Toys are littered all across the carpet. Sesame Street is on full blast. Jack is in his high chair eating a waffle and I’m doing the dishes. Pretty standard.

Suddenly, I hear a key unlock the front door. I’m like… Dan has JUST left to work. He must have forgotten something or maybe he has the day off (like in my wildest dreams).

The door wooshes open. Immediately followed by this unsure pause. At this point, I think Dan’s being funny or something. Maybe he’s trying to prank me. I poke my head around the corner to see…

Not Dan. Not anyone I’ve ever met before. There was this total stranger. A girl about my age staring at me in COMPLETE BEWILDERMENT.

Her: … I think the leasing office gave me the wrong key.

So apparently, she was going to check on a “vacant” apartment to give a tour later that day, but instead checked in on mine. I can only imagine what she must have thought when she opened the door. “SQUATTERS! With Sesame Street … and family pictures hanging on the wall… ummm…”

I’m just glad that I was actually wearing pants that morning.