Here’s a quick break-down of the main characters in the TV show that I’m writing and the actors that I think could play them. Ideally, I wouldn’t want any well-known actors because I feel that would make the show less relatable. (Just my personal preference) BUT the problem with make-believe casting them is that I only know well-known actors… so here’s as close as it would be.

(Also! Just want to note that because it’s an autobiographical show, these characters are inspired by real people. However, that doesn’t mean that they are real people. For example, MOST of my characters are made up from multiple people that I’ve met. And some of their character descriptions have been altered from real life to fiction.)

ELLE is a sixteen-year-old human contradiction. She is a very wholesome girl who attends church weekly but has a closet obsession with Halloween and everything horror. She’s talented at public speaking, yet dreads attending large parties. Although she is a fairly pretty girl, she dresses like a mid-aged suburban mom. 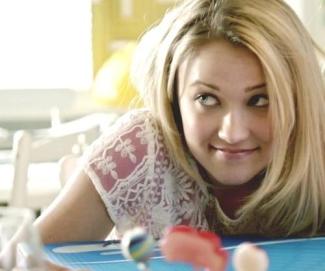 When we did the concept art for the show, I cast a young local actress, Hailey, as Elle for the pictures. My photographer pointed out how alike we acted. She flat out said, “Hailey IS Elle”. I would absolutely cast her as me. She’s a talented actress and I feel confident that she would do an excellent job.

RONNIE (17) is a reflection of ELLE’s contradictory personality. He’s a generally quiet person, but really has very little inhibitions. He knows everything there is to know about cool music and his life revolves around it. Under his black and beaten style he is actually quite tall, dark and handsome.

I think a young Diego Luna would be cool as Ronnie. I just really envision this role being played by a Hispanic actor. I don’t know why. The person who inspired this character isn’t even remotely Hispanic.

JEREMY (18) a long-haired “burn-out” dressed in ripped jeans, a black hoodie and beanie. He’s the type of kid that sits in the back of the class and everyone suspects is the uni-bomber. To find another person with even half of his passion would prove impossible. He’s an avid defender of things being just and fair and would probably have the gumption to murder someone over it, if he didn’t love his mother so much. 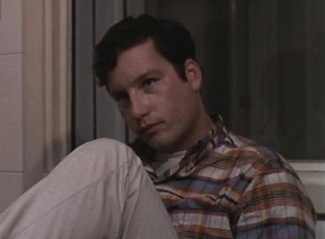 Okay, I know that casting this person would require a time machine, even more so than the others. But I just don’t care. I want teenage Richard Dreyfus to play this role SO bad. My heart is totally set on it. Not even the real Jeremy can change my mind.

He has thick hair and a sharp, pointy face. That fact that he is attractive in only the mildest sense does nothing to deflate his Adonic self-concept. BRANDON (17) is a very clean cut boy, and although there is no conscious reason not to like him something is very insincere about the way he smiles.

Will freaking Poulter. Oh my gosh, just look at this kid’s face. Don’t you just want him to see him be a snooty villain? Plus Poulter’s comedic timing is impeccable which is just what this over-the-top character needs.

TAYLOR (17) is a stunning, dark-haired girl. She is unenthused about being at rehearsal since she had auditioned for the play just a few weeks ago and didn’t make the cut. Her not being cast was probably chalked up to school politics rather than talent, because TAYLOR is very good at acting. In fact, she is very good at everything. She excels at school. She is the president of the student association. She is even very good at being naturally beautiful which is churning JEREMY’S stomach just looking at her. 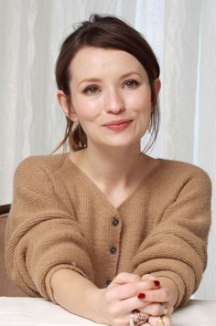 TYSON “The Voice of Reason”

ELLE turns to her desk partner TYSON (17) a smart, well-dressed kid. He’s a master of dry humor and is constantly lost in his own irony. He’s the one that you can always count on for the truth even when you don’t want to hear it.

There’s a myriad of YouTube personalities that could fit well as Tyson. Shane Dawson is both sarcastic and personable enough to be able to capture this more complex character.

The door swings open and in breezes ADAM (17) a classic Hollywood-handsome boy. Every girl in class drops her jaw, including ELLE. As ADAM walks down the aisle amongst the chairs, several of the girls quickly move their purses and backpacks off of the seats next to them. He quietly picks a seat in the back of the room away from everyone.

This is the only character that I care about being “good-looking”. And that’s only because it moves some of the plot elements forward. I feel like Adam would be the hardest character to cast for hands down. It would need to be someone effortlessly talented, since Adam has to make the audience feel the entire spectrum of emotions. I’m still not sold on anyone, but maybe if I could resurrect a healthier River Phoenix. He could probably pull it off.

If CASEY (16) didn’t look so humanistic you might mistake him for a puppy. Excitable, friendly and loud – very loud. Fiercely loyal, athletic, always thinking about food… CASEY is absolutely dripping with personality and leaves puddles of personality everywhere he walks.

To cast a Casey it would have to be a Casey. So I would look at actors who just radiate fun. Someone like Zach Levi or Chris Pratt (without all the fame to his name).

Also I want to cast my teenage celebrity crush, Ricky Ullman, as my husband when he appears in the series. 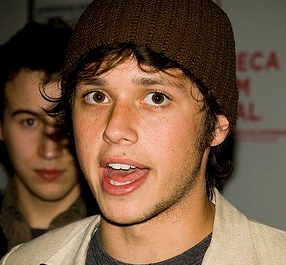 To learn more about this creative writing project click HERE.

Every week I give a small business or creative endeavor a shout-out at the end of my blog post. If you need more views or traffic and are interested in being featured, please contact me.