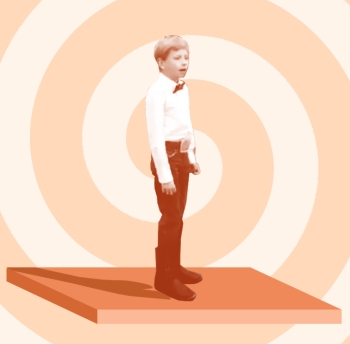 I can’t get enough of the video of the yodeling Walmart kid. Buuuut at the same time, it’s been kind of bringing up a lot of repressed memories…

I just randomly ‘get into things’. Like when I tried to memorize Hamlet. Or when I tried to teach myself how to dance to house music. Or when I spent like two months watching Cleopatra documentaries every day. I just get really excited about niche stuff.

So one day I was like, yo, I’m going to learn how to yodel.

I hadn’t really imagined the Hank Williams covers at Walmart. Mostly, I wanted to do like an Appalachia mountain kinda thing that I could use to call my kids to dinner with.

Anyways, so in case you didn’t know… yodeling is switching back and forth in between your lower register and falsetto voice. Your voice makes a “break” and that’s where the yodeling sound comes from.

So basically, the way to practice yodeling is to do these weird freaking scales and strain your voice like Scooby Doo after he’s had some bad Taco Bell.

Well, around this time I was asked to help clean my local church building. It was like eight in the morning on a Saturday and the other people they asked were young single adults with lives. So obviously, it was just me that showed up.

Just kidding. It was me and the guy who asked me.

So I got to work cleaning my half of the church building. The classrooms. All by myself. But hey! That wasn’t such bad news. I mean, golly gee, what a PERFECT time to practice my yodeling scales. 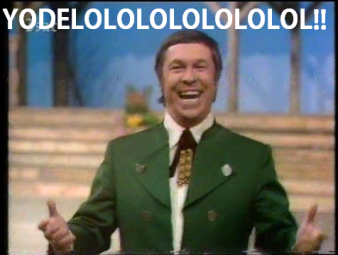 I straight up practiced yodeling for an hour. THAT – IS – NOT – A – JOKE. I started to lose my voice before I finally finished up.

I wound the cord up around the vacuum and hauled it out into the hall… when I saw this other GUY. This effing latecomer that had UNBEKNOWNST TO ME been helping me clean my side of the church building. The whole time. The. Whole. Hour.

Oh my gosh, can you imagine this poor dude waking up early to clean a church and having to listen to this girl go “Eeeeeeeeeeuugughghh! Eeeeeeeeeuuughghghg!” for an entire hour. OH MY GOSHHHHHHH.

I think I honestly could have just buried down into the ground like a mole. I DIED.

Stopped yodeling after that traumatic experience I assure you.