Alright, so if you didn’t already know I served an LDS mission in Peru for eighteen months. That’s where this *delightful* story takes place.

This one day the girl I lived with and I started talking about our future babies… as one does when you’re single and not at all in a position to have any. We were just kind of talking about our predictions and everything and what we thought pregnancy would be like (which, oh HELLO. Writing this at 34 weeks. Pregnancy is only the craziest thing I could never imagine)

Anyways, we were talking about all that when this girl says, “I wonder how you get pregnant”.
Yo.

Pffftlol. Whaaaaat? I was like, “Oh uh… do you really not know how people get pregnant?”
“No.”

Mind was blown out my butt. How could this grown twenty-something woman not know this? Like how could she have been so failed by the school system, her parents AND every single form of mainstream media ever?

So in my mind, I was like alright look. I obviously have no problem talking about this kind of thing. And she straight up asked me. And wouldn’t it be better for me to give her a solid educational response rather than hearing some raunchy joke and being really confused as a freaking ADULT? 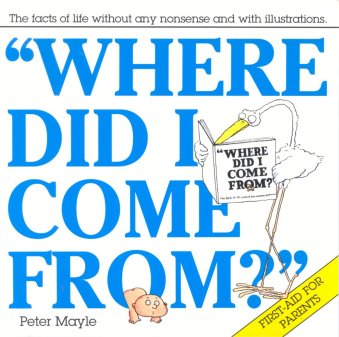 So in my crappy half Spanish… I explained the birds and the bees to her. Literally. I used “the birds” and “the bees”. Because I couldn’t really think of a better way to go about it? Like IDK folks, birds have eggs and bees pollinate, okay!

It was honestly probably a ten-minute spiel. Eight at best. And then after all that, she just gives me the blankest look and says, “No. I meant like I wonder how you time things so you get pregnant. Like how do you track when you’re ready to ovulate and everything?”

I don’t know why TF she let me just teach her grown a$$ about sex for ten minutes. Like I WENT THROUGH THE ENTIRE THING. I explained it ALL. She told me that once I started she didn’t stop me because she was curious about how I was going to explain it.

Knowing her, she probably didn’t stop me because she thought it was freaking funny to watch me embarrass myself thinking I was doing some self-decided good deed.

I should’ve just said, “I’ll tell you when you’re older.”