K I wasn’t going to tell this story, because the wound is still fresh. But, asdlfksldghvlksrjgaslkdfj* FINE! I’ll make a post about this stupid, stupid mistake I made.

Well, first off, pregnancy brain is strong with this one, okay. AND I WANT YOU TO KEEP THAT IN MIND… because I have no problem throwing my children under the bus in order to save face. No, listen, that’s not it. But if that’s not it, then it must be something because I feel like what I did could have been the punch line of a dumb-blonde joke. 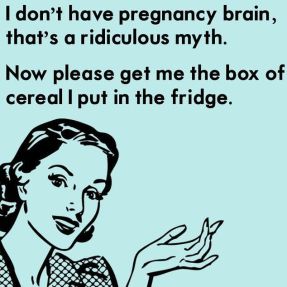 Obviously, Arizona is a third degree blister of burning heat. Like really. It reaches temperatures that are actual settings on ovens. So for the sake of our baby boys in the back seat we decided to have our Honda Civic windows tinted so that they, you know, could actually sit there.

It’s always a pain to get your cars worked on because you have to do the awkward second-car-shuffle. So my husband was driving Jack in the Honda and I took the Nissan. Ummmm K. I really hardly ever drive that car. It’s my husband’s commuter car and we always take the Honda for outings because it fits our car seat better. This might just be totally my anxiety but I feel like, driving a car you are not familiar with is trying to navigate a Chinese shuttle to the moon.

Well, whatever. So as I’m driving I immediately notice that something is wrong. The AC  is blowing hot air…

If you haven’t already read about our bad-luck-move-from-hell… this exact thing had happened to our other car on the way down. PLUS all the other mechanical issues we had already been through, not including trying to get tint on the windows.

And we’re driving to the whole other side of town. Well, maybe that SEEMS like not very far, but Mesa might as well be an effing East Coast state it’s so huge. It has 17 freeway exits alone. So here is the worst half an hour of my LIFE, sweat dripping into my eyes, cursing for … just being a human with functioning nerve endings. I’m five months pregnant, it’s over 110 degrees OUTSIDE of the car, okay. I’m rolling down the windows and sticking my head out like a Labrador.

We get to the place and I immediately tell Dan, “THE AC IN THIS CAR WENT OUT TOO. ARIZONA HATES US.”

He leans in and points out that I had… in fact… never actually turned the air conditioning on.

One thought on “Being Too Dumb to Function in Arizona”