Hey, I’ve been sitting on this news for a while now… but I am officially a professionally published author! Yay! One of my short stories, The Prisoner, has been picked up by an anthology called Bubble Off Plum (more on that later). I actually found out about it, the day I gave birth to Casey. I was laying on my bed, trying to tell if my contractions were real or false, when I opened the email. I get a lot of emails from editors and agents that are the usual thank you but… THIS ONE WASN’T. It started off with “Congratulations!” I was like, YEAH woohoo… this is a really weird day. haha 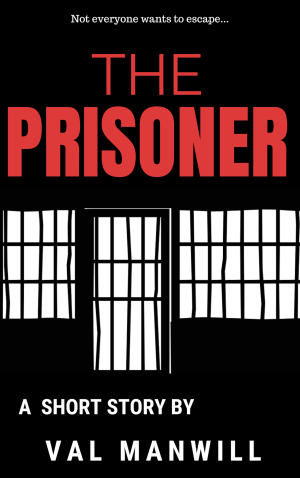 THE PRISONER: Flynn plans to escape his new prison cell despite his bunk mate’s efforts to stop him.

It got picked up by the first and only place I submitted it to! And ah, I was so glad too. I love this story. Like, I love all my stories because they’re my brainchildren, but this one is top notch. ANYWAYS, I don’t want to give away too much about it, because I want you to read it!
I am SUPER stoked for this anthology too. It’s full of weird twisted little stories and should be an excellent read. Almost a thousand people submitted stories and they ended up picking 27 for the final compilation. I tell you that to convince you of the quality of the anthology… also I’m bragging. The ebook is already purchasable at Amazon and Barnes and Noble. On Friday, paperback versions will be available. More details can be found here. But it should be a pretty good one!

Other than that, I’ve been working on other stuff. I have five or six other stories out on submission right now and ACTUALLY I began writing another novel. I got to the halfway mark, 25k words, the night before I had Casey. So finishing it has been a much slower process. It’s a lil’ YA romantic comedy about a socially awkward boy who is courted by a confident outgoing girl. Like a reverse of the guy-in-pursuit trope. Anyways, it’s been really fun to write, but I’m kind of in an odd place right now with novels. I took a minute to write down all the ideas I had for books (a LOT) and I organized them into genres. What I discovered was that I either write light and funny YA rom coms OR creepy big twist thrillers… and nothing in the middle. I’m either one or the other.

I felt that this was a bit complicated because… how do you brand yourself for both of those audiences? Ultimately, I felt that probably my thrillers were the stronger, more marketable ideas and more conducive to an actual writing career. But now I am pretty torn because I have two YA contemporaries that I don’t know what to do with (Okay, one and half a draft.) I could pursue self-publishing with one genre and traditional with the other. Or maybe go whole-hog, this-is-me-as-an-author and try to brand for both. Who knows. There are SO many nuts and bolts to figure out when it comes to selling fiction and all I want in the world is to have an agent or a publisher or someone to just tell me what the eff to do with all these ideas I have!

One thought on “Writing Update and News!”